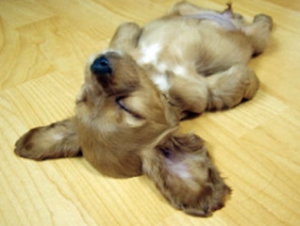 Hebrews 3: 16 Now who were they who heard (the promises of God) and yet were rebellious? Was it not all those who left Egypt under the leadership of Moses? 17 But with whom was he angry forty years? Was it not those who sinned, whose bodies fell in the wilderness? 18 And to whom did he swear that they would not enter his rest, if not to those who were disobedient? 19 So we see that they were unable to enter (the rest and peace of God) because of unbelief.

The writer of Hebrews is comparing the situation of the early church, of which he was a part, with the experience of God’s people many centuries before under the leadership of Moses – as they were freed from slavery in Egypt. With Moses the people wandered in the desert wilderness for 40 years before reaching their Promised Land. Yet, because of their unfaithfulness to God, only two persons among the entire generation of people who left Egypt also entered the Promised Land. The rest died on the way, including Moses, though the children born on the 40-year journey inherited the land.

18 And to whom did (God) swear that they would not enter his rest, if not to those who were disobedient? 19 So we see that they were unable to enter (the rest and peace of God) because of unbelief.

You see, when the people experienced adversity on the journey to the Promised Land, they started to doubt the promises of God. When other tribes met them in the wilderness intent on killing them, they didn’t trust the Lord for protection, so they worshipped other gods as a hedge. When they became hungry or thirsty, they doubted God’s promise of provision, and so were unfaithful.

They never experienced the rest and peace of God because of their doubt.

God’s “rest” wasn’t something waiting for the people at the end of the journey, but was available all along the way. To be at “rest” is to be at “peace” – to be confident that the promises of God for protection and provision are solid, even in the midst of adversity.

Question: Are you at “rest” today? Are you confident in the protection and the provision of God, even if your outward circumstances are less than ideal? Where is fear encroaching on your faith?

Heavenly Father, we want to be faithful to you in the midst of struggle, but sometimes that’s very hard. Instead of faith, rest, and peace we experience fear and doubt. Give us grace today to “rest” in you, no matter what our outward circumstances may be. We ask this in Jesus’ name. Amen.