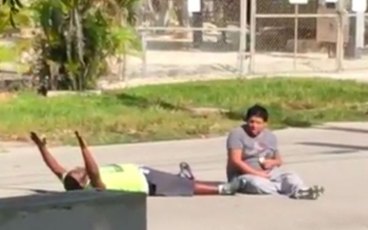 Luke 11:1 He was praying in a certain place, and after he had finished, one of his disciples said to him, “Lord, teach us to pray, as John taught his disciples.” 2 He said to them, “When you pray, say: Father, hallowed be your name. Your kingdom come. 3 Give us each day our daily bread. 4 And forgive us our sins, for we ourselves forgive everyone indebted to us. And do not bring us to the time of trial.”

Most of you are familiar with this prayer – the Lord’s Prayer or the Our Father depending on what tradition you come from. The part that connects with me this morning is “Your kingdom come…”. Every generation of adults thinks the world is going to pot at some point. Change happens, things get scary, and people freak out – but we always seem to come through just fine. Rumors of our impending demise are greatly exaggerated.

So it’s with that sort of perspective I observe what appears to be a world gone nuts – at least in the US. It’s hard to know if violence is actually escalating or if we’re just seeing more of it now that cameras are in everyone’s pockets. I mean, EVERY DAY there appears a new story of police shooting unarmed people, people shooting innocent police officers, or both. Yesterday I saw video of a man in Florida who was laying on his back in the street with his hands high in the air, obviously unarmed. He  was trying to calm an autistic resident in his care who was sitting in the street beside him. It would be hard to imagine a more complete posture of surrender than that – and he STILL got shot!  Are you kidding me?

Then there’s politics. The political world is being turned upside down as our choice for POTUS appears to be between “bad” and “worse”. You decide which candidate is which. Strong leadership requires both “competence” (ability to get things done) and “character” (a moral compass to guide one’s actions). You may try to convince me your candidate for POTUS is competent, but neither has character. A leader with substantial competence, but little character – and substantial resources at their disposal –  is a very dangerous person indeed.

In God’s Kingdom the one in charge is… God.

Heavenly Father, we need you now. When things are a mess, we turn to you. Lead and direct your people as you’ve always done. We ask this in Jesus’ name. Amen.