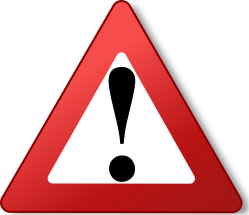 Scripture: 1 Kings 1:5 Now Adonijah (son of his mother Haggith) exalted himself, saying, “I will be king”; he prepared for himself chariots and horsemen, and fifty men to run before him. 6 His father David had never at any time displeased him by asking, “Why have you done thus and so?” He was also a very handsome man, and he was born next after Absalom. 7 He conferred with Joab son of Zeruiah and with the priest Abiathar, and they supported Adonijah. 8 But the priest Zadok, and Benaiah son of Jehoiada, and the prophet Nathan, and Shimei, and Rei, and David’s own warriors did not side with Adonijah.

Observation: On one hand, David had many sons from many wives to provide him with a male successor. On the other hand, those sons competed with one another to succeed their father as king. It often got ugly, as it would in the case of Adonijah.

Application: If power is attractive, being ruler of a nation must be outright intoxicating. I obviously wouldn’t know, but it would seem so given the things people are willing to do to rule. I’m thinking of this as I expect to stand in line today to participate in early voting. Honestly, I’m not looking forward to it – particularly the vote for president.

I simply cannot believe our nominating process gave us these two massively flawed finalists. I believe Hillary to be corrupt to her very core and Donald to be a complete buffoon. I could never in good conscience vote for either, so I expect I will be writing in the name of someone I wish were on the ballot and casting my vote for that person – knowing full well it is likely a meaningless gesture in terms of the election outcome.

That said, I will go to sleep tonight with two comforting thoughts on my mind:

Prayer: Heavenly Father, thy will be done on earth as in heaven. Amen.