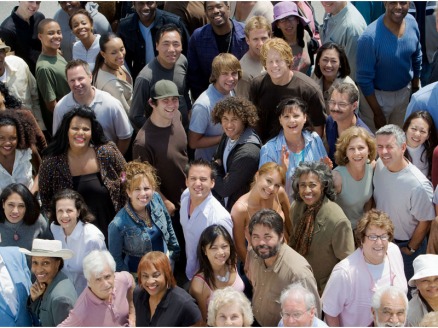 Scripture: Acts 4:13 Now when (the religious authorities) saw the boldness of Peter and John and realized that they were uneducated and ordinary men, they were amazed and recognized them as companions of Jesus.

Observation: Peter and John were key leaders among the early Christians after Jesus had ascended to God the Father. Their powerful teachings in the public square, their proclamation of the gospel resulting in thousands of converts, the miracles they performed in Jesus’ name, endeared them to the common people. But such acts were also threatening to those in power, to the “religious authorities” mentioned above. Even more confusing to the religious leaders was the fact that Peter and John were NOT classically trained rabbis or priests or Sadducees. They were ordinary people.

Application: I was having a conversation this week with a dear friend of mine who leads one of our Lutheran seminaries. We were talking about the changing landscape of church and the implications for the formation of future church leaders – which is what seminaries are all about. We agreed we are seeing a new generation of leaders who think differently about what it means to be “church” and what leadership looks like in that church. It’s a moving target for sure as there is no one emerging church model, but many. That said, the future of the church likely involves empowering everyday Christians to be the front-line leaders of Christian community rather than professional clergy types. As you might expect classically trained leaders like me, and my seminary colleague, tend to resist this idea. We need to get over it. Why?

Because today’s passage reminds us that the church wasn’t founded on the power of a professional class of religious leaders, but on the power of the Holy Spirit working through decidedly ordinary people. In that sense, perhaps we are going back to the future. I truly believe we are and, though the future may be painful for some, the “church” will be much stronger for it.

Prayer: Lord Jesus, it’s obvious to many of us that you are doing a decidedly new thing, especially as it relates to the church and its leadership. Give grace to clergy types like me to embrace change rather than resist it. And give others the confidence to step forward in this day when leadership is sorely needed. We pray this in your holy name. Amen.