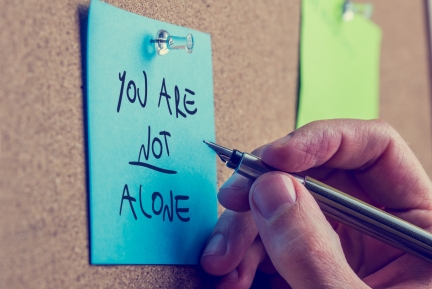 Acts 15:30 So (Paul and Barnabas) were sent off and went down to Antioch. When they gathered the congregation together, they delivered the letter. 31 When its members read it, they rejoiced at the exhortation. 32 Judas and Silas, who were themselves prophets, said much to encourage and strengthen the believers. 33 After they had been there for some time, they were sent off in peace by the believers to those who had sent them. 35 But Paul and Barnabas remained in Antioch, and there, with many others, they taught and proclaimed the word of the Lord.

“Judas and Silas, who were themselves prophets, said much to encourage and strengthen the believers.” (v.32)

Prophets in the bible were often bearers of bad news. When we read books like Isaiah or Jeremiah or Ezekiel there is often an “edge” to their proclamations – regularly telling God’s people (especially leaders) truths they didn’t want to hear. As a rule prophets were not popular people. However, there were times when prophets were sent by God to comfort people rather than warn them. This appears to be the case with Judas and Silas.

I’ve been at a clergy conference this week. You probably know that life is difficult for many churches right now, and subsequently for the pastors that lead them. There is a lot of discouragement and confusion. I’ve tried this week to be something of an encourager. Despite our very real difficulties, God is still at work in the world and the church still has an important role in ushering in the Kingdom of God wherever we are planted.

Maybe that’s you today. Maybe you’re feeling a bit discouraged because things are really difficult right now. Problems are numerous and solutions/relief hard to find. I’ve been there many times. Or maybe you (like me this week) are among others who are hurting and discouraged. We may not have the ability to “fix” what’s wrong, but we can speak a prophetic word of encouragement to others. Or we can just listen to others, giving them space to be heard. That’s a great blessing in itself.

Lord Jesus, hear the prayers of your people hurting for many and various reasons. Give us strength to endure so we might experience breakthrough in due season. We also ask for your grace to empower us when we encounter others in need. Help us to find the right words of encouragement, even if that means saying nothing at all – but just listening to another person who has a need to be heard. We ask this in your precious name. Amen.