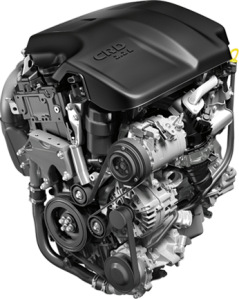 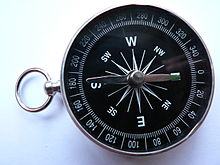 Acts 16:6 (Paul and Silas) went through the region of Phrygia and Galatia, having been forbidden by the Holy Spirit to speak the word in Asia. 7 When they had come opposite Mysia, they attempted to go into Bithynia, but the Spirit of Jesus did not allow them; 8 so, passing by Mysia, they went down to Troas. 9 During the night Paul had a vision: there stood a man of Macedonia pleading with him and saying, “Come over to Macedonia and help us.” 10 When he had seen the vision, we immediately tried to cross over to Macedonia, being convinced that God had called us to proclaim the good news to them.

Every time I read this passage I’m drawn to the phrases “having been forbidden by the Holy Spirit to speak the word in Asia” (v.6) and “but the Spirit of Jesus did not allow them” (v.7). We’re not told HOW the Spirit forbade them from going where they’d planned to go, only that they were forbidden or denied. Too bad.

But that doesn’t mean we can’t have a guess at this. We were told in Acts 15 that Silas was a prophet, one who listens for a word from God and shares that with others. Paul was an apostle – one sent to proclaim the good news of Jesus. I’d bet Paul looked to Silas to help discern the leading of the Lord. That said, in verses 9-10 above the Lord gave Paul a vision directly rather than via Silas.

It’s not unusual for apostles and prophets to be linked together since they serve complimentary functions. Apostles are good at mobilizing God’s people for the sake of mission (like an engine). Prophets are attuned to the voice of God, discerning direction (like a compass). Without a prophet, apostles can be very good at moving people – in the wrong direction. Without an apostle, prophets discern the will of God, but don’t actually go anywhere.

You can read more about the five biblical categories of Christian leader in Ephesians 4:1-13. If you’d care to take a “survey” to help figure out which kind of leader you might be, you can do so here: http://fivefoldsurvey.com/

Lord Jesus, you created different kinds of leaders to serve different functions – but we need all five. Give us grace to discern the sort of leader you created us to be, and to embrace the other forms of leadership crucial to the work of the Spirit in the world. We ask this in your holy name. Amen.