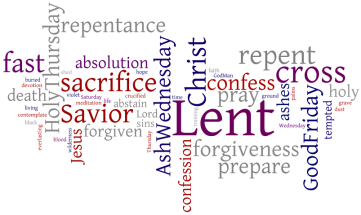 Scripture: 2 Chronicles 36:11 Zedekiah was twenty-one years old when he began to reign; he reigned eleven years in Jerusalem. 12 He did what was evil in the sight of the Lord his God. He did not humble himself before the prophet Jeremiah who spoke from the mouth of the Lord. 13 He also rebelled against King Nebuchadnezzar, who had made him swear by God; he stiffened his neck and hardened his heart against turning to the Lord, the God of Israel. 14 All the leading priests and the people also were exceedingly unfaithful, following all the abominations of the nations; and they polluted the house of the Lord that he had consecrated in Jerusalem…23 “Thus says King Cyrus of Persia: The Lord, the God of heaven, has given me all the kingdoms of the earth, and he has charged me to build him a house at Jerusalem, which is in Judah. Whoever is among you of all his people, may the Lord his God be with him! Let him go up.”

Observation: This is bad. Toward the end of 2 Chronicles the descriptions of the reigns of the kings come in quick succession. Each king is described as increasingly unfaithful – despite numerous opportunities to turn from their wicked ways. The nation is overrun and God’s people scattered. AND YET, verse 23 (in italics) provide a glimmer of hope that God may yet restore Israel after all.

Application: Today is Ash Wednesday. It is also the beginning of the season of Lent, which is the season preparing us to celebrate Good Friday and Easter Sunday in a few weeks. A traditional practice of Lent is self-examination. It’s a time to ask where there are places in our lives we need to repent and turn again toward the Lord.

A key focus area for me right now is honoring the Sabbath, which is a big deal to God. Sabbath isn’t just taking a day off, it’s giving one day in seven to God. It is a declaration of freedom from a world that tells us we have to be productive all the time. It’s a way to claim our identity as children of God whose heavenly Father provides for our every need without our constant working and striving. I suppose you could say I’m getting better at it, but I have a long way to go. No matter, the Lord is not in a hurry.

I want to encourage you to adopt a particular discipline during Lent as a way to bring particular focus on your relationship with the Lord during these 40 days. Perhaps starts each day with a time of prayer, sacrificing a bit of sleep to do so. Maybe you skip a meal during the day and use that time to read scripture, pray, or serve others. Another option would be to commit to attending Wednesday Lenten services at a church near you during Lent. Honestly, the possibilities are endless.

And the great thing about committing for the season of Lent is that the season is short enough that it doesn’t seem like forever. It is also long enough you have real shot at maintaining the discipline once Easter has come and gone. Think about it. Pray about it.

Prayer: Lord Jesus, today we enter into the season of Lent. Give us grace that we might use these days to press in more closely to you. We pray this in your holy name. Amen.