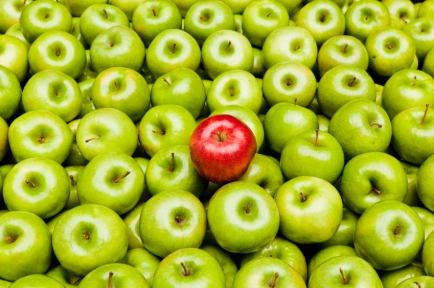 Scripture: 1 Corinthians 15:3 For I handed on to you as of first importance what I in turn had received: that Christ died for our sins in accordance with the scriptures, 4 and that he was buried, and that he was raised on the third day in accordance with the scriptures, 5 and that he appeared to Cephas, then to the twelve. 6 Then he appeared to more than five hundred brothers and sisters at one time, most of whom are still alive, though some have died. 7 Then he appeared to James, then to all the apostles. 8 Last of all, as to one untimely born, he appeared also to me. 9 For I am the least of the apostles, unfit to be called an apostle, because I persecuted the church of God. 10 But by the grace of God I am what I am, and his grace toward me has not been in vain. On the contrary, I worked harder than any of them—though it was not I, but the grace of God that is with me.

Observation: The apostle Paul referred to himself as an apostle to the Gentiles, which he was. But he was not among the original 12 disciples who knew Jesus personally and spent 3 years with him before he ascended to heaven. One can imagine there were some people who questioned Paul’s legitimacy. Paul conceded he was “least of the apostles”, though not because he didn’t know Jesus personally, but because he was once a Pharisee and a persecutor of Christians. The verse I particularly appreciate is v.10 “But by the grace of God I am what I am, and his grace toward me has not been in vain.”

Application: I’ve been a pastor now for almost 20 years and it still surprises me sometimes. I didn’t grow up in the church. I wasn’t part of a church youth group or college campus ministry. Nor did I experience church camps in the way so many of my colleagues did. In short, I didn’t have a traditional path to a vocation in ministry. Paul’s words resonate with me this morning.

That’s me. I don’t fit the normal profile of a church leader, but God has found a way to use me anyway. Some of you readers know that feeling. You lead. You serve. You give. You have responsibility in the life of your local church or synod or seminary. Maybe others look at you funny as if to question if you’re really qualified to do what you do. Maybe you ask yourself if you’re really qualified to do what you do. I get it. I’ve been there many times and still find myself wrestling with doubt from time to time. Let these words sink into your spirit this morning. Imagine these words coming from your own mouth:

“By the grace of God I am what I am and his grace toward me has not been in vain.”

Prayer: Lord Jesus, let these words of the apostle Paul be true of us this morning. Give us grace to claim them as our own. Amen.

3 thoughts on “Being different…”