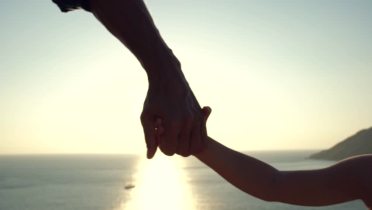 Isaiah 55:10 For as the rain and the snow come down from heaven, and do not return there until they have watered the earth, making it bring forth and sprout, giving seed to the sower and bread to the eater, 11 so shall my word be that goes out from my mouth; it shall not return to me empty, but it shall accomplish that which I purpose, and succeed in the thing for which I sent it.

God’s people were in a desperate place at the time this word was spoken. The Assyrians had already conquered the northern kingdom of Israel with its ten tribes (there were 12 tribes in total). The southern kingdom of Judah was surrounded and would ultimately be defeated by the Babylonians. In some ways, then, things would get worse before they got better.

But in this chapter of Isaiah we read of God’s promise to restore the people and their ancestral homeland. I’m sure the people wanted to believe the promise, but their stark reality at the time made it difficult. Hence God says, “my word…shall not return empty but it shall accomplish that which I purpose…” (v.11).

In Matthew 28:20 (the very last verse in the gospel of Matthew), Jesus tells his disciples “Remember I am with you always to the end of the age.” That word, that promise, wasn’t just for those specific disciples at that particular moment in time. It’s a word for me. It’s a word for you. This past week I spoke to a couple of dear friends are who struggling mightily. Life appears to have gone off the rails and it’s hard to find hope. One person in particular shared a deep sense of abandonment, not just abandonment by people but by God too.

I know that feeling, that feeling of being alone in the midst of the storm. It’s awful. And as the person shed tears pouring their heart out, I opened the bible to Matthew 28:20 and read it aloud. “Remember I am with you always to the end of the age.” And out of desperation I saw and heard my dear friend cling to that promise anew. I don’t have a joyful ending to this story because it’s still unfolding. But there are times when we have no choice but to place our trust in the Lord.

Maybe that’s how you’re feeling today. Alone. Abandoned. Struggling. Be that as it may, know that the Lord is with you. And that God’s word accomplishes that for which it was sent. Lord Jesus let it be so. Amen.