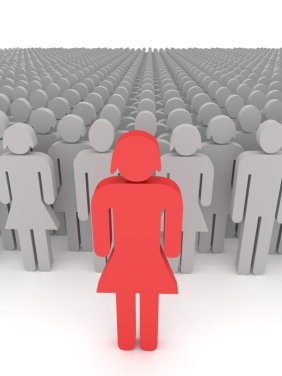 1 Timothy 2:8 I desire, then, that in every place the men should pray, lifting up holy hands without anger or argument; 9 also that the women should dress themselves modestly and decently in suitable clothing, not with their hair braided, or with gold, pearls, or expensive clothes, 10 but with good works, as is proper for women who profess reverence for God. 11 Let a woman learn in silence with full submission. 12 I permit no woman to teach or to have authority over a man; she is to keep silent. 13 For Adam was formed first, then Eve; 14 and Adam was not deceived, but the woman was deceived and became a transgressor. 15 Yet she will be saved through childbearing, provided they continue in faith and love and holiness, with modesty.

Paul expected women to keep their place, in a manner of speaking. Given the cultural realities of his day I understand his views – even if I disagree with them. I’m going to offer a bit of pushback on Paul’s assertions here:

The apostle Paul is dead set against women leading and teaching men in the church. That much is clear. However, it would appear God has no such qualms. Given the choice between following Paul and following God, I think I’ll go with God. But that’s just me…

Lord God thank you for the incredibly gifted female leaders at work in the world and in the church. Give us grace that we might honor them and call upon them for wisdom and guidance. We ask this in Jesus’ name. Amen.