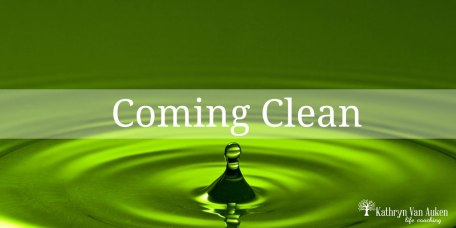 Genesis 323 Jacob sent messengers before him to his brother Esau in the land of Seir, the country of Edom, 4 instructing them, “Thus you shall say to my lord Esau: Thus says your servant Jacob, ‘I have lived with Laban as an alien, and stayed until now; 5 and I have oxen, donkeys, flocks, male and female slaves; and I have sent to tell my lord, in order that I may find favor in your sight.’ ”

6 The messengers returned to Jacob, saying, “We came to your brother Esau, and he is coming to meet you, and four hundred men are with him.” 7 Then Jacob was greatly afraid and distressed; and he divided the people that were with him, and the flocks and herds and camels, into two companies, 8 thinking, “If Esau comes to the one company and destroys it, then the company that is left will escape.”

9 And Jacob said, “O God of my father Abraham and God of my father Isaac, O Lord who said to me, ‘Return to your country and to your kindred, and I will do you good,’ 10 I am not worthy of the least of all the steadfast love and all the faithfulness that you have shown to your servant, for with only my staff I crossed this Jordan; and now I have become two companies. 11 Deliver me, please, from the hand of my brother, from the hand of Esau, for I am afraid of him; he may come and kill us all, the mothers with the children. 12 Yet you have said, ‘I will surely do you good, and make your offspring as the sand of the sea, which cannot be counted because of their number.’ ”

13 So he spent that night there, and from what he had with him he took a present for his brother Esau, 14 two hundred female goats and twenty male goats, two hundred ewes and twenty rams, 15 thirty milch camels and their colts, forty cows and ten bulls, twenty female donkeys and ten male donkeys.

Jacob has been a schemer from birth, something he perhaps learned from his scheming mother who helped Jacob trick his older brother Esau out of his birthright. Having escaped Esau, Jacob then served a treacherous father-in-law for 20 years in a foreign land. Always the schemer, Jacob found a way to grow wealthy at his father-in-law’s expense. So, Jacob had to flee again and return home, potentially to face the music with Esau. That’s what our passage above is about.

Jacob is still scheming, but there is a bit of humility in him that is new. In verses 9-12 Jacob calls on God to protect him for the sake of his grandfather Abraham. Jacob knows that he doesn’t deserve the favor and blessing he has enjoyed over the years. He wants to come clean with God and with Esau.

I’ve been at a pastors’ conference this week and have been truly blessed by it. There has been some good teaching and such, but the best part for me has been the study of bible passages we will read during Lent and Holy Week. The last two days I’ve been overwhelmed with a sense of gratitude for all the blessings God has given me over the years, knowing full well I did not deserve them. So many times I have rebelled against God, choosing to do things my way rather than God’s way. And yet, despite by disobedience, God has never let me go or forsaken me. I’ve spent quite a bit of time the last couple of days offering confession to the Lord, giving my sin and brokenness to Jesus and asking to be made clean; to be made new on the inside. It’s no fun confronting your failings before the Lord, but there is a huge burden lifting from me.

God is like that, you know. If you think about it you will recall the many ways God has blessed you and given you favor over the years. Maybe today you can be like Jacob, coming to terms with your past and being made new. That’s the power of the gospel dear friends. We are always being made new if we will allow the Lord to do so.

Thank you Heavenly Father for the grace you pour out on undeserving people like us. Thank you Lord Jesus for your sacrifice on the cross, how you paid for ALL of our sins once and for all. Help us to release our sin and brokenness to you again today. Create in us clean hearts, oh God. Amen.