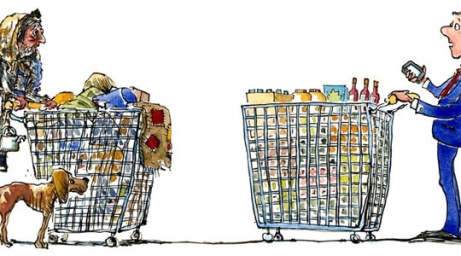 Exodus 10:1 Then the LORD said to Moses, “Go to Pharaoh; for I have hardened his heart and the heart of his officials, in order that I may show these signs of mine among them, 2 and that you may tell your children and grandchildren how I have made fools of the Egyptians and what signs I have done among them—so that you may know that I am the LORD.”

God not only demonstrated his favor toward the Hebrew people (to the dismay of the Egyptians), he later gave laws forbidding Hebrew inter-marriage with people of other nations. Why? Because other peoples had their own “pagan” religions requiring worship of other gods. Marrying someone of another religion would tempt the Hebrews to break the first commandment – you shall have no other gods before me.

As the Hebrew generations continued in this exclusive relationship with God (“I will be your God and you will be my people” Exodus 6:7) they came to view people of other nations as not only off limits but inferior. A form of systemic racism took hold. They viewed other peoples with distrust if not disdain. So imagine what it would have been like for early Jewish Christians to see Gentiles in their churches. I’m sure that was not an easy thing to get used to – embracing people you were once taught to avoid or look down upon.

In some ways the church struggles with this same challenge today. As a Hispanic person in a largely white church, I know what it feels like to be different. That said, the cultural barriers of our day are not only racial/ethnic but socio-economic. This is particularly true as the divide between the “haves” and the “have nots” grows greater.

I live in a north suburb of Dallas. When I moved here almost five years ago I was surprised by the level of ethnic diversity present. There are people from all over the world, particularly from parts of Asia – with more arriving every day. Yes, the Anglo population remains a majority, but not by much. And I expect that will change in the years to come. And let me say I believe that’s a good thing.

That said, there is very little socio-economic diversity. The overwhelming majority of people living in this part of the Dallas/Ft. Worth metroplex are relatively affluent, professional people. The high cost of living in this area keeps it that way. Even if people from other socio-economic backgrounds want to move here – they can’t afford it. And the economic segregation continues.

When we’re walled off from people who are different than we are, mistrust tends to take root as we fear what we do not know. Christians are called to be different. In contrast to the Hebrew peoples of ancient times trained to avoid those who were different, the church today is called to embrace them. We are called to be inclusive community in the midst of an increasingly segregated world. This will not happen on its own.