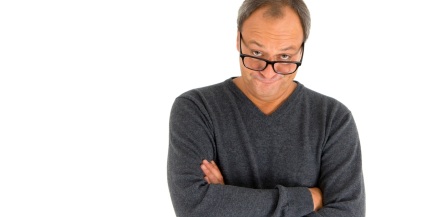 Mark 6:1 (Jesus) left that place and came to his hometown, and his disciples followed him. 2 On the sabbath he began to teach in the synagogue, and many who heard him were astounded. They said, “Where did this man get all this? What is this wisdom that has been given to him? What deeds of power are being done by his hands! 3 Is not this the carpenter, the son of Mary and brother of James and Joses and Judas and Simon, and are not his sisters here with us?” And they took offense at him. 4 Then Jesus said to them, “Prophets are not without honor, except in their hometown, and among their own kin, and in their own house.” 5 And he could do no deed of power there, except that he laid his hands on a few sick people and cured them. 6 And he was amazed at their unbelief.

The good thing about life-long relationships is that persons with whom we’ve had such long associations know us really well. They’ve usually seen us at our best and at our worst. And if, after seeing the good, bad, and ugly of who we are – they still love us – that is a gift indeed.

The bad thing about life-long relationships is that such persons will tend to have a well formed sense of who we are. And because of this, they may resist reimagining our identity. This is what was happening to Jesus in this passage.

Since most people in the ancient world were born, lived, and died within their home village, the people of Jesus’ hometown in Nazareth would have known him as the son of Joseph, a carpenter. He was not a rabbi. And though there are a few stories in the gospels about Jesus’ childhood, they are very few. We can assume that, for the most part, Jesus’ life before being baptized by John was unremarkable. People did not expect him to have any particular insight into God’s word or any special power to heal.

So when people back home heard about Jesus’ exploits in other places, they were skeptical.

Now I expect as events unfolded some of these same people became believers. but it likely didn’t happen right away. And it’s possible some may never have changed their opinion of Jesus despite the fact that he “laid his hands on a few sick people and cured them”. That’s just how it goes sometimes.

This kind of thing happens a lot actually, particularly to people who may be new to the faith, or have made a renewed commitment to their faith. New Christian friends will tend to more readily accept the authenticity of this change because most of them will have gone through something similar. But other people… not so much. You want people to be excited with you about Jesus, about the new life you’re committed to, about the changes God is making in your life – but instead you get “whatever”. You may experience their skepticism as frustrating or even hurtful.

Fear not dear brother or sister. People will think what they’re gonna think. It was true for Jesus and it’s true for you and me. All we can do is stay true to who we are, mistakes and all. And over time, people who love you will come around. They will see that Jesus is not just a passing fad for you, but that Jesus is remaking you from the inside out.

Lord Jesus, give us grace to meet the skepticism of others with love and joy and as inspiration to stay the course, even when faith gets hard. We ask this in your holy name. Amen.