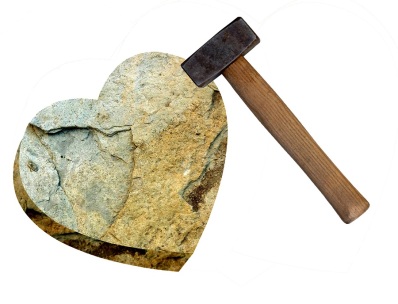 Mark 6:45 Immediately he made his disciples get into the boat and go on ahead to the other side, to Bethsaida, while he dismissed the crowd. 46 After saying farewell to them, he went up on the mountain to pray. 47 When evening came, the boat was out on the sea, and he was alone on the land. 48 When he saw that they were straining at the oars against an adverse wind, he came towards them early in the morning, walking on the sea. He intended to pass them by. 49 But when they saw him walking on the sea, they thought it was a ghost and cried out; 50 for they all saw him and were terrified. But immediately he spoke to them and said, “Take heart, it is I; do not be afraid.” 51 Then he got into the boat with them and the wind ceased. And they were utterly astounded, 52 for they did not understand about the loaves, but their hearts were hardened.

This is another “epiphany” story, intended to reveal Jesus’ identity as the Son of God. Mark’s been giving numerous clues to his readers. Among the “clues” would be Jesus casting out demons – lots of demons. Jesus has healed the sick and raised a girl from the dead. He stilled a raging storm and fed thousands of people with a few fish and loaves of bread. Furthermore, his disciples have enjoyed a front-row seat to these events… which is what makes the final words of v.52 so remarkable.

Mark wrote of the disciples their “hearts were hardened”.

Back in Exodus when God was sending horrendous plagues upon Egypt, it’s natural to wonder why Pharaoh continued to resist. Dude! Give up already! What’s the deal? The writer ultimately explains that Pharaoh’s “heart was hardened”. In Mark 3 Jesus is angry with some religious leaders who gave him a hard time. Mark tells us that Jesus was “grieved at their hardness of heart”. Those with hard hearts tended to be people who were opponents of God and the work of his son, Jesus. The disciples weren’t enemies of Jesus, for goodness’ sake. Thick headed maybe, but not enemies. That said, they were afflicted with the same lack of understanding as Pharaoh or the scribes. Being eyewitnesses to Jesus’ life and miracles doesn’t seem to have helped.

I’m soon headed to our NTNL synod assembly (an annual regional gathering of leaders from Lutheran churches across Northern Texas and Northern Louisiana). Tonight I’ll receive a certificate or some such thing in honor of my 20th anniversary of ordination, which occurred on June 26, 1998. Interestingly, my associate pastor Todd Bruning is also getting his 20 year certificate, so that’s kinda cool.

Anyway, I was thinking about this last night. 20 years is a long time. I’ve learned a lot working in local congregations, in the North Carolina bishop’s office, and as part of our national headquarters staff based in Chicago. I think I’m a much better pastor than I was in the beginning, as one might expect. I hope I’m wiser, having made so many mistakes I can’t possibly count them. I’ve come to appreciate the value of time. I’ve often overestimated what can be done in 2 years, but underestimated what can be done in 10.

But this morning I wonder, how much of God do I understand now compared to 20 years ago? Considering all who God is, I’d have to say… not much. A tiny, tiny fraction on my best day. Even a cursory reading of scripture reveals a God who is chock full of contradictions. There is depth and breadth to God that leaves me “astounded” as Mark described the disciples in v.51 above. And I think, how can I have been at this for so long and still understand so little? Honestly, I get frustrated with myself. I’m not proud of that, but it’s true.

And then I read our story from today and I get it. What’s my problem? My heart is hardened. It’s hardened by the condition of sin and brokenness that has afflicted me since birth. In this I am no better than Jesus’ disciples, but also no worse. So this morning I’ve asking for grace to give myself a break. Yes, I continue to have way more questions than answers, yet it would appear I have some pretty good company.

Lord have mercy on me, a hard-hearted sinner. Embrace me as your own, for Jesus’ sake. Amen.

One thought on “We of hard hearts…”