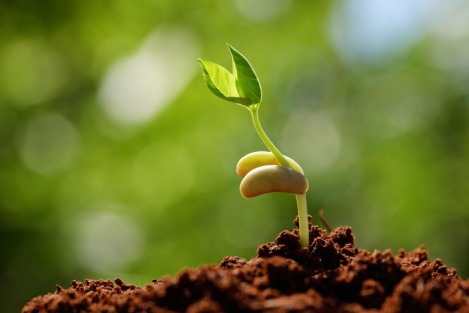 Luke 8:4 When a great crowd gathered and people from town after town came to him, he said in a parable: 5 “A sower went out to sow his seed; and as he sowed, some fell on the path and was trampled on, and the birds of the air ate it up. 6 Some fell on the rock; and as it grew up, it withered for lack of moisture. 7 Some fell among thorns, and the thorns grew with it and choked it. 8 Some fell into good soil, and when it grew, it produced a hundredfold.” As he said this, he called out, “Let anyone with ears to hear listen!”…   16 “No one after lighting a lamp hides it under a jar, or puts it under a bed, but puts it on a lamp stand, so that those who enter may see the light. 17 For nothing is hidden that will not be disclosed, nor is anything secret that will not become known and come to light. 18 Then pay attention to how you listen; for to those who have, more will be given; and from those who do not have, even what they seem to have will be taken away.”

This has always been an interesting text for me, particularly v.18. What the heck does that mean? Here’s my best guess…

Seems this is connected to the parable of the seed and the sower in the first part of the passage. Some people receive the seed of the Word of God, but then lose what little they have when don’t respond over time. The seed planted in them dies on the path or rocks or whatever. But those who listen and stay faithful to the word grow and reproduce. In this way those who have – gain even more.