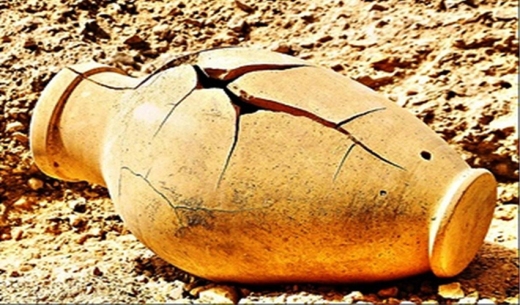 Judges 8:22–32 (NRSV): 22 Then the Israelites said to Gideon, “Rule over us, you and your son and your grandson also; for you have delivered us out of the hand of Midian.” 23 Gideon said to them, “I will not rule over you, and my son will not rule over you; the Lord will rule over you.” 24 Then Gideon said to them, “Let me make a request of you; each of you give me an earring he has taken as booty.” (For the enemy had golden earrings, because they were Ishmaelites.) 25 “We will willingly give them,” they answered. So they spread a garment, and each threw into it an earring he had taken as booty… 7 Gideon made an ephod of it and put it in his town, in Ophrah; and all Israel prostituted themselves to it there, and it became a snare to Gideon and to his family… 32 Then Gideon son of Joash died at a good old age, and was buried in the tomb of his father Joash at Ophrah of the Abiezrites.

Here’s what I so appreciate about the story of Gideon. He got a lot of things right even if he got a few things wrong. True, he was short on faith at first – but God was patient with him. Once Gideon saw that God was truly with him, he successfully executed the plans God had given to him. Then, in v.23, he refused to be named king along with his son and grandson. God would be the ruler of the people, not a man. That was exactly the right move. He directed the people to honor God, not him. Well, sort of.

Then he asked for gold to make an ephod, which is a garment that the Leviticus priests would wear. It looked something like this: 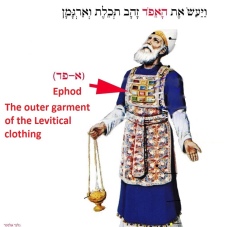 No, Gideon wasn’t going to be king, but he wanted to look something like one. So he wore distinctive clothing for the rest of his life. Then because it was so valuable, made of gold and jewels, and belonged to the man of God, the people worshipped it. The text does not indicate Gideon stopped them. Bad move. Then in the last verse of our passage Gideon died “a good old age”. In the end Gideon was honored for what he did right, not condemned for what he did wrong.

As I’ve mentioned before in this space, lots of us think of biblical characters as super-human. And, truth be told, the stories told about them have likely been embellished over the years. The accomplishments accentuated, the rough edges smoothed over. But in the story of Gideon I see a man of great faith and human frailty at the same time. He was far from a perfect vehicle for God’s designs, but God used him anyway.

I realize I’m very much like Gideon. Well, I have not done the amazing things God did through Gideon, but I have gotten a few things right thus far. And I’ve gotten lots of things wrong. Nevertheless, my confidence today is not in my ability to do right things. My hope is in the Lord, who takes flawed, frail people and uses them anyway.