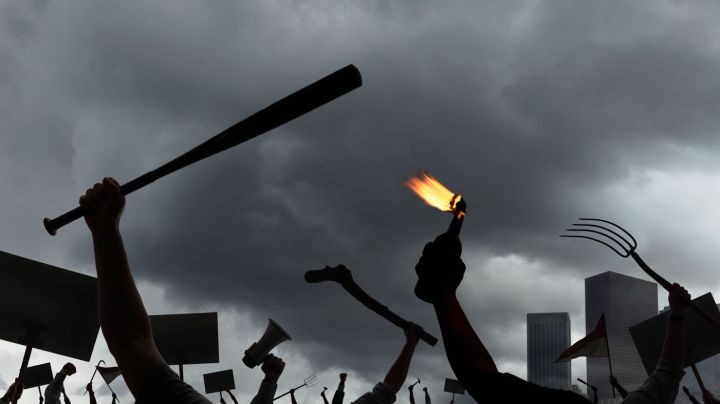 Judges 19:1 In those days, when there was no king in Israel, a certain Levite, residing in the remote parts of the hill country of Ephraim, took to himself a concubine from Bethlehem in Judah. 2 But his concubine became angry with him, and she went away from him to her father’s house at Bethlehem in Judah, and was there some four months. 3 Then her husband set out after her, to speak tenderly to her and bring her back. He had with him his servant and a couple of donkeys.

I’m struck by the first words of verse 1, “In those days, when there was no kind in Israel…”. This is a refrain in the book of Judges, written over and over again. And over and over again it serves as a warning to what was to come – violence, disorder, chaos. No one followed the Mosaic law anymore. No one feared the Lord. And there was no king to lead them. People did as they pleased, which led to some terrible stories like the one on Judges 19. The Levite who sought his concubine “to speak tenderly to her” eventually gives her over to a crowd to be gang raped. Yuck!

Left to our devices, with no leadership, people function out of our worst impulses. I’m no better. There are many times when the Lord keeps me from going off the rails. Sin and death no longer has the last word, but sin and death remain inside of me. It’s true. Lord, have mercy on me. Amen.