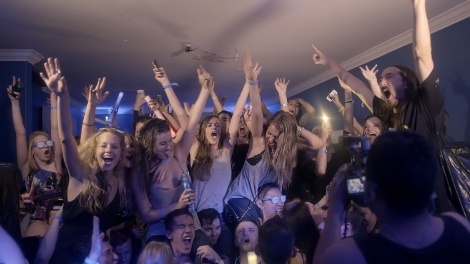 John 4:39 Many Samaritans from that city believed in (Jesus) because of the woman’s testimony (the “woman at the well”), “He told me everything I have ever done.” 40 So when the Samaritans came to him, they asked him to stay with them; and he stayed there two days. 41 And many more believed because of his word. 42 They said to the woman, “It is no longer because of what you said that we believe, for we have heard for ourselves, and we know that this is truly the Savior of the world.”

Testimony is a powerful thing. When we tell others about something we’re excited about, they tend to get excited with us. Enthusiasm is contagious! I remember being at a house party as a college undergrad when a couple of young women from work showed up. Like the rest of us, they loved to have a good time, stay out late, and so on. Yet when I saw them on this particular night, they were very different. They didn’t join in the festivities as they normally would have. Instead, they wanted to tell us about Jesus.

They’d been to a revival service and heard the gospel preached along with an invitation to respond in faith. In short, they’d been captured by the Lord and had given their lives to Jesus that very night! Over the next several weeks they continued to show up at parties, not to participate in the usual revelry, but to tell anyone who would listen how the Lord had changed their lives – and to invite others to respond to Jesus. They were no longer the “party girls” we’d known for years. They were on fire for the Lord! Most of us were more annoyed with them than anything else because they wouldn’t shut up about Jesus. But I never forgot them either. They made an impression. Not long after, I found myself being captured by the Lord and surrendering my life to Jesus too.

I’m certain the Lord used the testimony of these young women to prepare my heart for what was to come.

Over the years I’ve had the chance to give testimony to the power of Jesus in my life – many times. As a pastor you would probably expect that from me. But in my experience, the most effective persons in sharing testimony aren’t preachers, but regular people going about their business – at home, at school, at work – telling someone what Jesus has done in their lives. I’m telling you – it’s powerful stuff. God takes our simple words and empowers them with the Holy Spirit to sink into the hearts and souls of others.