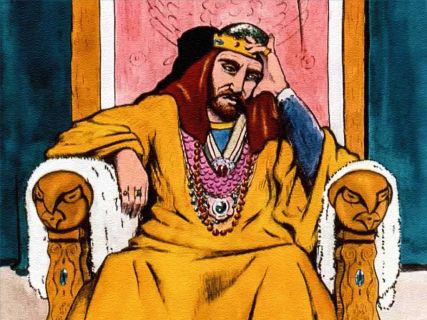 This is a sad ending to Saul’s life. He never expected to be the first king of Israel, but God chose him anyway. And if you read the entire book of 1 Samuel you’ll realize Saul wasn’t a very good king. His faith was weak. He was too easily influenced by the anxiety of his own subjects. He was ultimately replaced by David who would be a much better king.

In one sense, Saul is a cautionary tale of a man who failed to live up to expectations. But it’s also a tale of failure by God. God chose Saul, not the other way around. God raised him up, then sent evil spirits into him when he proved weak in faith (1 Samuel 16:4). Something about that doesn’t sit right with me.