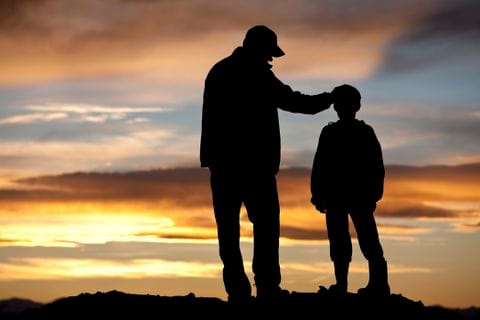 1 Kings 1:1 King David was old and advanced in years; and although they covered him with clothes, he could not get warm… 5 Now Adonijah son of Haggith (his mother) exalted himself, saying, “I will be king”; he prepared for himself chariots and horsemen, and fifty men to run before him. 6 His father had never at any time displeased him by asking, “Why have you done thus and so?” He was also a very handsome man, and he was born next after Absalom. 7 He conferred with Joab son of Zeruiah and with the priest Abiathar, and they supported Adonijah. 8 But the priest Zadok, and Benaiah son of Jehoiada, and the prophet Nathan, and Shimei, and Rei, and David’s own warriors did not side with Adonijah.

Back in the book of 2 Samuel, God proclaimed a curse against King David for his wickedness toward Bathsheba and her husband Uriah the Hittite. He was told there would be strife in his household all the days of his life – which there was. First, David’s oldest son Absolom tried to usurp David’s throne but failed. Now the second oldest son emerges, Adonijah. He wanted to do the same thing and assume the throne while his father David was yet alive.

What gets my attention in this passage is in v.6 “His father (David) had never at any time displeased him (Adonijah) by asking, “Why have you done thus and so?” In other words David had never held Adonijah accountable for his actions by asking questions or requiring explanations for things. Not a good plan.

In reading this account of betrayal it’s easy to blame the son Adonijah, and in one sense this is right. He’s not a child, but a grown man. That said, plenty of the blame lies with David. When a father doesn’t do his job, the children go awry and everyone suffers. I’m not suggesting that being a good father is easy. It’s not. But fathers have an important job to do – for everyone’s sake. Heavenly Father, helps us fathers live up to the responsibilities which are uniquely ours. Amen.