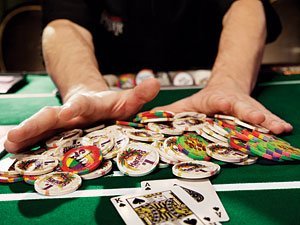 1 Kings 19:19 So (the prophet Elijah) set out from there, and found Elisha son of Shaphat, who was plowing. There were twelve yoke of oxen ahead of him, and he was with the twelfth. Elijah passed by him and threw his mantle over him. 20 He left the oxen, ran after Elijah, and said, “Let me kiss my father and my mother, and then I will follow you.” Then Elijah said to him, “Go back again; for what have I done to you?” 21 He returned from following him, took the yoke of oxen, and slaughtered them; using the equipment from the oxen, he boiled their flesh, and gave it to the people, and they ate. Then he set out and followed Elijah, and became his servant.

The prophet Elijah, who has served the Lord boldly, is choosing a successor. We find Elisha (the young successor to Elijah) working with twelve yoke of oxen, which indicates a large operation. Most families would be glad to have one team of oxen, so Elisha comes from a family of means. When Elijah throws his mantle onto Elisha the message is clear. Elisha has been chosen to follow Elijah. What does Elisha do? He asks to say goodbye to his family and then… he burns the instruments of his business (oxen and equipment). For Elisha there’s no going back.

There’s something powerful about going “all in”.

As you know, going “all in” is a poker term referring to a situation where a player pushes all the chips into the center of the table to either win big or go broke on a single hand of play. Some people are wired to do life like this. They are risk-takers, relatively comfortable putting it all on the line. However, most of us have a plan B in mind, a fall-back position in case something doesn’t work out. In most instances, that’s a smart thing to do. But a life of faith is different.

If you read the gospel accounts of Jesus’ life you’ll read multiple occasions when Jesus challenges people to leave everything and follow him. The few who take him up on this experience things they would never know if they had remained at home. They see the Kingdom of God come to life in their midst.

This morning I’m pondering where the Lord is challenging me to go all-in. Where am I hedging my bets? Where is fear getting in the way for me? Lord, give me insight to see places where I’m holding back and grace to go trust you completely. Amen.

One thought on “All in…”