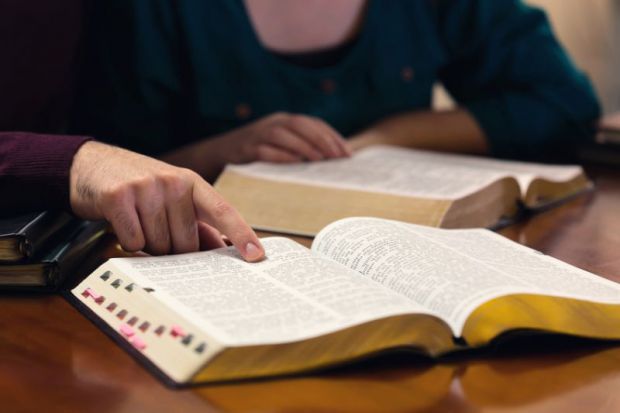 Acts 13:42 As Paul and Barnabas were going out (from the synagogue where they were teaching), the people urged them to speak about these things again the next sabbath. 43 When the meeting of the synagogue broke up, many Jews and devout converts to Judaism followed Paul and Barnabas, who spoke to them and urged them to continue in the grace of God. 44 The next sabbath almost the whole city gathered to hear the word of the Lord. 45 But when the Jews saw the crowds, they were filled with jealousy; and blaspheming, they contradicted what was spoken by Paul. 46 Then both Paul and Barnabas spoke out boldly, saying, “It was necessary that the word of God should be spoken first to you. Since you reject it and judge yourselves to be unworthy of eternal life, we are now turning to the Gentiles. 47 For so the Lord has commanded us, saying, ‘I have set you to be a light for the Gentiles, so that you may bring salvation to the ends of the earth.’ ”

Here again we see an example of God’s chosen people rejecting the gospel of Jesus Christ. Not all Jews rejected the gospel, but many did. And frankly I get it. The idea that the Messiah sent from God would die on a cross was unthinkable. It’s way, way outside the box of orthodox thinking of the time.

I guess one reason that it was easier for the Gentiles to receive the gospel message is that they weren’t brought up with any expectations related to the Messiah. They didn’t have to unlearn anything, so from a logical perspective they would have had fewer barriers to the gospel.

Sometimes God does things that do not line up with orthodox thinking or historical expectations.

This passage has me wondering about my own expectations of God and how faith is supposed to work. I wonder where I might be missing a move of God because it doesn’t line up with my theology, my interpretation of scripture, or my expectations of God.

Lord, open my mind to your presence and actions in the world. If my own thinking is getting in the way, remove those mental barriers by your grace. Amen.