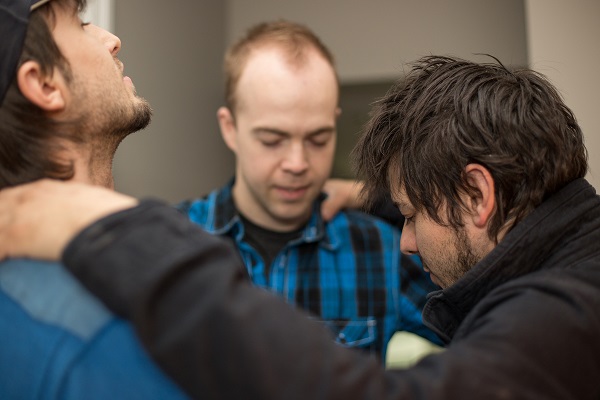 Acts 28:23 After (the Jewish leaders in Rome) had set a day to meet with (the apostle Paul), they came to him at his lodgings in great numbers. From morning until evening he explained the matter to them, testifying to the kingdom of God and trying to convince them about Jesus both from the law of Moses and from the prophets. 24 Some were convinced by what he had said, while others refused to believe.

There was no one in the ancient world better equipped to share the gospel with fellow Jews than the apostle Paul, who had once been a pharisee named Saul. The passage says he took an entire day, from morning until evening, breaking it down for his listeners. He had been doing this sort of thing for decades so I expect Paul was brilliant at this. And yet, some were convinced and some weren’t.

Fact: God is the one who prepares people to receive the message of salvation in Jesus Christ, not the speaker.

I was in Amarillo this past weekend doing some teaching on the topic of sharing faith with others. One of the main reasons we tend to shy away from this kind of evangelical engagement is our lack of confidence in what to say. We feel inadequate, out of our depth, fearful we might say something wrong or be asked a question for which we have no answer. In other words, we get nervous because we believe the outcome depends upon us. It does not.

In fact, I’m convinced that sharing one’s faith is less about what one has to say and more about listening to persons who are struggling. Go back and read the gospel account of Jesus’ ministry. Notice how many of the people Jesus talks to are people in a bind of some sort. This is not an accident. Struggling people tend to be receptive to new ideas, new ways of living. And given how rare it is to be truly heard, particularly in the modern age of the smart phone, listening well to another person is a very powerful tool.

Instead of offering a prepared set of remarks about Jesus, what if we asked probing questions to truly understand where a person is coming from? And what if we followed up our listening with an invitation to prayer. It might sound something like:

“Say more about that.”

And when we pray for another person the Holy Spirit is fully engaged and speaking to the heart of the other. It is the Lord who does the work, not you and me. We are simply a vessel through which the Lord can speak to people.

Lord Jesus, give us grace to share our faith with others, trusting you to determine who receives what is offered and who does not. Amen.