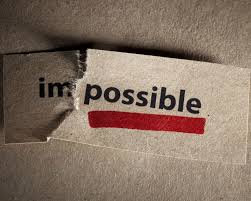 Romans 4:18 Hoping against hope, (Abraham) believed that he would become “the father of many nations,” according to what was said, “So numerous shall your descendants be.” 19 He did not weaken in faith when he considered his own body, which was already as good as dead (for he was about a hundred years old), or when he considered the barrenness of Sarah’s womb. 20 No distrust made him waver concerning the promise of God, but he grew strong in his faith as he gave glory to God, 21 being fully convinced that God was able to do what he had promised. 22 Therefore his faith “was reckoned to him as righteousness.”

Paul continues making the case that faith is what makes us right before God, not works of the law. Abraham is his prime example here. Abraham was the patriarch of the entire nation of Israel and was seen as righteous in the eyes of God, yet he did not have the law to follow during his lifetime. The verse that speaks to me in particular this morning is v.19:

God promised to produce “numerous” (v.18) descendants from Abraham and Sarah despite their advanced age. How numerous? Enough to become multiple nations of people – as in millions of people after several generations. This to a man and woman who had exactly zero children to begin with. Wow. That would have been, shall we say, hard to believe. But believe Abraham did.

There have been a number of times when I’ve been asked by God to believe things that seemed impossible at the time. Sometimes I’ve been able to grab hold of the promise, other times not. What I’ve learned over the years is that if we miss one opportunity to live by faith God doesn’t give up on us. He circles back around and challenges us again. And again.

As I mentioned in yesterday’s blog post I continue to pray about the places in my life and ministry in which God is asking me to believe in the impossible. I believe, Lord help my unbelief. Amen.