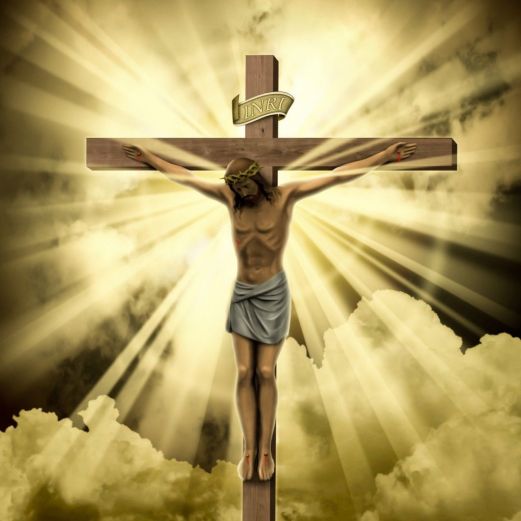 1 Corinthians 1:10 Now I appeal to you, brothers and sisters, by the name of our Lord Jesus Christ, that all of you be in agreement and that there be no divisions among you, but that you be united in the same mind and the same purpose. 11 For it has been reported to me by Chloe’s people that there are quarrels among you, my brothers and sisters. 12 What I mean is that each of you says, “I belong to Paul,” or “I belong to Apollos,” or “I belong to Cephas,” or “I belong to Christ.” 13 Has Christ been divided? Was Paul crucified for you? Or were you baptized in the name of Paul? 14 I thank God that I baptized none of you except Crispus and Gaius, 15 so that no one can say that you were baptized in my name. 16 (I did baptize also the household of Stephanas; beyond that, I do not know whether I baptized anyone else.) 17 For Christ did not send me to baptize but to proclaim the gospel, and not with eloquent wisdom, so that the cross of Christ might not be emptied of its power.

There is a lot in this passage, but this morning I’m focusing on the final verse:

17 For Christ did not send me to baptize but to proclaim the gospel, and not with eloquent wisdom, so that the cross of Christ might not be emptied of its power.

Apparently there were divisions in the Roman church with certain factions affiliating with particular leaders of the church – Paul, Apollos, Cephas, and so on. So Paul reminds the people that he did few baptisms, but instead chose to focus on proclamation of the gospel. Other leaders were fully capable of baptizing people, but none were anointed for preaching as Paul was. And then v.17 adds what appears to be an incidental detail. Paul could easily have ended at “…but to proclaim the gospel” but he didn’t. He went on describe the manner in which he proclaimed the gospel. This is the interesting part for me today.

“not with eloquent wisdom”

Roman culture was heavily influenced by Greek culture and so polished rhetoric was highly valued in Rome. Practiced speakers had certain ways of turning a phrase, using sophisticated terminology, elegantly building a case for their point, trying to be as persuasive as possible to influence the thinking of the audience. Apparently Paul’s speaking about Jesus didn’t bother to follow these conventions. Those listening for great oratory technique would likely have been disappointed with Paul’s approach.

“…so that the cross of Christ might not be emptied of its power.”

There’s nothing persuasive about describing Jesus as the son of God who… died on a cross?! What?! Gods don’t die like common criminals! What an absurd idea. Frankly, as soon as Paul started talking about Jesus dying on the cross I would guess many people walked away. They just couldn’t get on board with the notion that the God of the universe was willing to suffer and die for the sake of ordinary human beings. Even today that’s a difficult idea for many people. It’s only by the prompting of the Holy Spirit at work in us that we can believe this ourselves. Faith is a gift of grace, like everything else in the Kingdom of God.

The cross has not lost its power, even today. The message of Jesus isn’t dependent on the skill of the speaker, but on the power of the Spirit to do a work in the hearer. That’s an important thing for us to remember when we’re feeling insecure about our ability to proclaim the good news of Jesus in word and/or deed. The effectiveness of the message was not dependent on Paul, nor is it dependent on you and me. If we will open our mouths and give witness to Jesus, however awkwardly, the Spirit will do its job. As Holy Week is underway, knowing I’ll be preaching several times this week, this is good word for me.

Lord give me grace to trust the cross and the power of the Spirit to do its work. Amen.