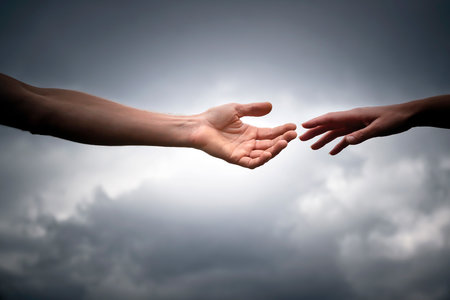 2 Corinthians 2:5 But if anyone has caused pain, he has caused it not to me, but to some extent—not to exaggerate it—to all of you. 6 This punishment by the majority is enough for such a person; 7 so now instead you should forgive and console him, so that he may not be overwhelmed by excessive sorrow. 8 So I urge you to reaffirm your love for him. 9 I wrote for this reason: to test you and to know whether you are obedient in everything. 10 Anyone whom you forgive, I also forgive. What I have forgiven, if I have forgiven anything, has been for your sake in the presence of Christ. 11 And we do this so that we may not be outwitted by Satan; for we are not ignorant of his designs.

So apparently someone in the church of Corinth was badmouthing or otherwise banging on Paul, who advised the leaders to discipline the person – which they did. But Paul knows it’s important not to leave it there, but to attempt to restore the person to fellowship.

In v.11 Paul mentions the “designs” of Satan. Satan would try to use this situation to bring division in the church. Satan would whisper in the ear of the one who was disciplined, “See, they don’t want you. They’re through with you!” Likewise Satan would whisper in the ears of the church, “There’s no restoring that man. He’s not to be trusted. Be rid of him once and for all!” Jesus taught that, while we should hold people accountable for their actions, we should ALWAYS forgive and, when possible, restore someone to community.

2 thoughts on “Restoring one who has been disciplined…”