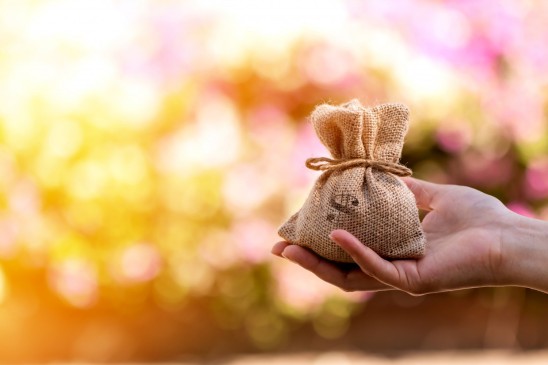 2 Corinthians 8:1 We want you to know, brothers and sisters, about the grace of God that has been granted to the churches of Macedonia; 2 for during a severe ordeal of affliction, their abundant joy and their extreme poverty have overflowed in a wealth of generosity on their part. 3 For, as I can testify, they voluntarily gave according to their means, and even beyond their means, 4 begging us earnestly for the privilege of sharing in this ministry to the saints— 5 and this, not merely as we expected; they gave themselves first to the Lord and, by the will of God, to us, 6 so that we might urge Titus that, as he had already made a beginning, so he should also complete this generous undertaking among you.

Paul and his team are taking up a collection to help Christians in Jerusalem. He is encouraging the people of Corinth to follow the Macedonian example. Corinthians are a relatively wealthy community compared to the church in Macedon. We’re told the Macedonians have experienced, “a severe ordeal of affliction” and yet “their abundant joy and extreme poverty have overflowed in a wealth of generosity”. In other words, the Macedonians have almost nothing – yet gave generously for the sake of the saints in Jerusalem. Why would they do such a thing? Isn’t that foolish – to give generously when you can hardly sustain yourself? Nope.

“…they gave themselves first to the Lord”

In a normal economy in which people must provide for themselves this might be foolish. There’s only so much to go around so if you’re already struggling, then giving money to others makes no sense. You’re just digging a deeper hole for yourself. Yet the economy of God is different.

Jesus teaches us in Matthew 6 that our heavenly Father knows what we need and always provides for his children. When we give ourselves first to the Lord with financial resources (or anything else for that matter) we can be confident we will have enough. That’s the promise of God and I’ve never seen God break that promise.

Heavenly Father you are a generous God. You teach us to seek first your kingdom and all the things we need will be given to us. Teach us to be more like the Christians in Macedon who gave what they did not appear to have – and were blessed by it. Amen.