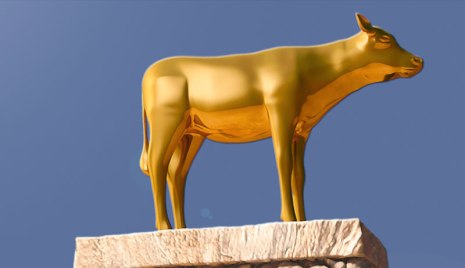 Psalm 97:7 All worshipers of images are put to shame, those who make their boast in worthless idols; all gods bow down before him.

As we’ve been reading through the psalms and the prophets the issue of idolatry comes up again and again. The Israelites would fail to live according to the laws and statutes of God which resulted in God withdrawing protection and provision. When they realized God was not responding to their pleas they would turn to other gods – like the peoples around them did. These would be idols made with human hands and then worshipped. That did not improve things with God – at all. So there would be a downward spiral.

When I hear people teach about idolatry in our day they often talk about things we put ahead of God in our lives: pleasure, money, work, whatever. That is indeed a form of idolatry but, in my mind at least, it falls short of creating a statue – a literal idol – and worshipping it.

That said, I don’t think I’ve ever been as desperate as the Israelites were on the occasions when foreign armies threatened to wipe them out. Or famine threatened to starve them. That has not been my experience, not even close. So I wonder if I have it in me to worship a literal idol when under extreme desperation. I hope not, but one never knows. Lord, give me grace to turn to you no matter what. Amen.