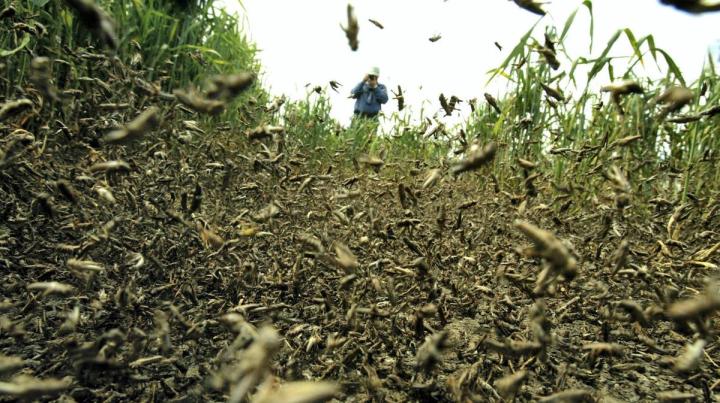 Joel is interpreting for us a terrible plague that hit the people of Israel. Locusts. Lots and lots of locusts. V.4 tells us the locusts basically stripped the land bear of any vegetation, including much of the food sources of Israel.

In reading this chapter of Joel one can’t help but think of the plagues God brought upon the Egyptians in the book of Exodus, one of which was a swarm of locusts like the one Joel describes. It’s hard to fathom that God would do the same thing to his own people as a means of punishment for their unfaithfulness, but that’s what happened.

The difference in the case of the Israelites is that God was ultimately willing to withdraw the plague and restore life. The swarm was sent as a means of compelling the Israelites to humble themselves and seek God once again. Pray with me.

Lord today we don’t often have prophets like Joel to interpret “plagues” that come upon our world. Yet we know we are called to humble ourselves and seek you in all things. Give us grace to not be found faithless in your sight. For it is in Jesus’ name we pray. Amen.