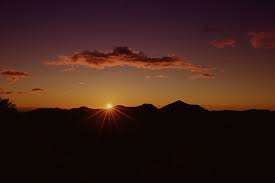 1 Chronicles 10:1 Now the Philistines fought against Israel; and the men of Israel fled before the Philistines, and fell slain on Mount Gilboa. 2 The Philistines overtook Saul and his sons; and the Philistines killed Jonathan and Abinadab and Malchishua, sons of Saul. 3 The battle pressed hard on Saul; and the archers found him, and he was wounded by the archers. 4 Then Saul said to his armor-bearer, “Draw your sword, and thrust me through with it, so that these uncircumcised may not come and make sport of me.” But his armor-bearer was unwilling, for he was terrified. So Saul took his own sword and fell on it. 5 When his armor-bearer saw that Saul was dead, he also fell on his sword and died… 13 So Saul died for his unfaithfulness; he was unfaithful to the LORD in that he did not keep the command of the LORD; moreover, he had consulted a medium, seeking guidance, 14 and did not seek guidance from the LORD. Therefore the LORD put him to death and turned the kingdom over to David son of Jesse.

Saul was chosen by God to be the very first human king of God’s people, but he lost God’s favor for reasons named above and died a horrible death. It was in the aftermath of this tragic event that young David was anointed king and ruled in what was to be the golden age of the kings of Israel.

This passage reminds me of the first chapter of the gospel of Mark in which John the Baptist was put in prison, and ultimately put to death. It was in the aftermath of tragedy and heartbreak that the Lord Jesus commenced his earthly ministry, changing the world forever through his death and resurrection.

When we’re in the throes of pain and loss it’s hard to believe things will get better. We can lose hope. But the truth is that breakthrough often comes just after the darkest night. I’m holding on to that truth today. Come, Lord Jesus. Come.