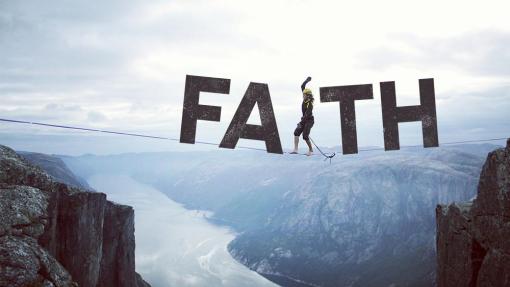 Romans 4:1 (The apostle Paul writes) What then are we to say was gained by Abraham, our ancestor according to the flesh? 2 For if Abraham was justified by works, he has something to boast about, but not before God. 3 For what does the scripture say? “Abraham believed God, and it was reckoned to him as righteousness.” 4 Now to one who works, wages are not reckoned as a gift but as something due. 5 But to one who without works trusts him who justifies the ungodly, such faith is reckoned as righteousness.

Paul continues to make his argument that justification with God comes not from our own works but from the grace of God by faith. He uses Abraham as an example. Abraham lived long before Moses or the law of Moses even existed. So clearly Abraham was not righteous before God because of observing the law. Rather we’re told:

v.3b “Abraham believed God and it was reckoned to him as righteousness.”

If you read about Abraham in the book of Genesis you’ll encounter a man of both great faith and great flaws. What made Abraham righteous in the eyes of God, and spiritual father to the people of Israel, was his belief in God’s incredible promises and his willingness to act on those promises in bold ways. That’s called faith.

I’m a bit of a risk-taker myself though nothing like Abraham. I am a man of some faith and great flaws. But this word from Paul gives me comfort because I’m much better at faith than following the law, that’s for sure. And today I’m wondering where God is again inviting me to have faith in what seems impossible.

Lord give me grace to believe in your promises, to trust you for big things. Amen.